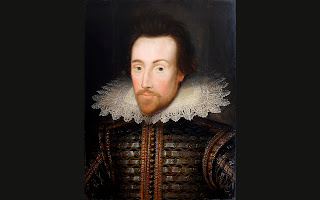 As you know, I believe William Shakespeare to be the true author of the plays that bear his name. April 23rd is the day widely celebrated as his birthday and is also the anniversary of his death. Our most celebrated writer, born and died on our patron saint's day, he could hardly have written a better plot.

People have described him as an Elizabethan psychiatrist because of his incredible insights into the human condition. However I suspect that he wasn't a lone genius uncovering the subtleties of human emotion. I see him as one man in a troupe of actors, frequenting the pubs of London and performing for the grand houses of England. I am sure he would have seen and heard all sorts of stories unfolding in front of him or being retold over a jar of ale. He was just fortunate to be able to access these stories with actors who helped to reinterpret them for him to write down. As we see from the numerous versions of Hamlet we still have today, many of his plays were redrafted and honed, and since we don't have anything in his own hand, perhaps they were never really perfected or completed in his mind.

We should just be grateful to have what has survived, and grateful that Hemmings and Condell decided to publish his work posthumously. As almost anyone who has an appreciation for Shakespeare has said before, every reading and performance brings out something new. You can't get tired of Shakespeare.

Email ThisBlogThis!Share to TwitterShare to FacebookShare to Pinterest
Labels: Shakespeare

What do you think? Please be kind and thoughtful. 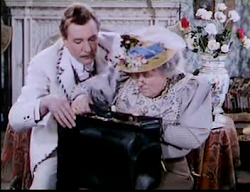 That thought I just had

I love these sites

I am currently reading